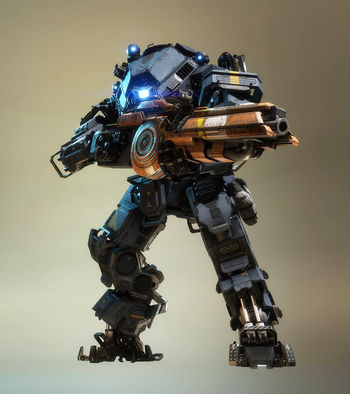 The Splitter Rifle is Ion's weapon. It is a fully-automatic energy rigle and also draws energy from Ion's energy system to fire. The Splitter Rifle fires 3 shots at once. Ion's weapon also gives him 3 different abilities and a core ability. One ability allows him to shoot a laser that intantly vaporizes pilots. This ablility causes Ion to lose half of his energy bar. Another ability that Ion has is the Tripwire. Ion deploys 3 laser triggered tripwires on the floor. Once it is triggered, it explodes. Deploying the Tripwire requires no energy. The last ability is the Vortex Sheild. The Vortex Sheild is basically a force feild sheild. It gathers all of the projectiles that are shot at Ion, and shoots it back whenever Ion disables the Vortex Sheild. Ion's energy depletes as soon as a projectile is caught in the Vortex Sheild. Ion's Core is the Laser Core. Ion's core allows him to shoot a huge laser that does massive damage. When Ion uses his core, he is not able to use any other ability or dash. Using Ion's core doesn't drain his energy. 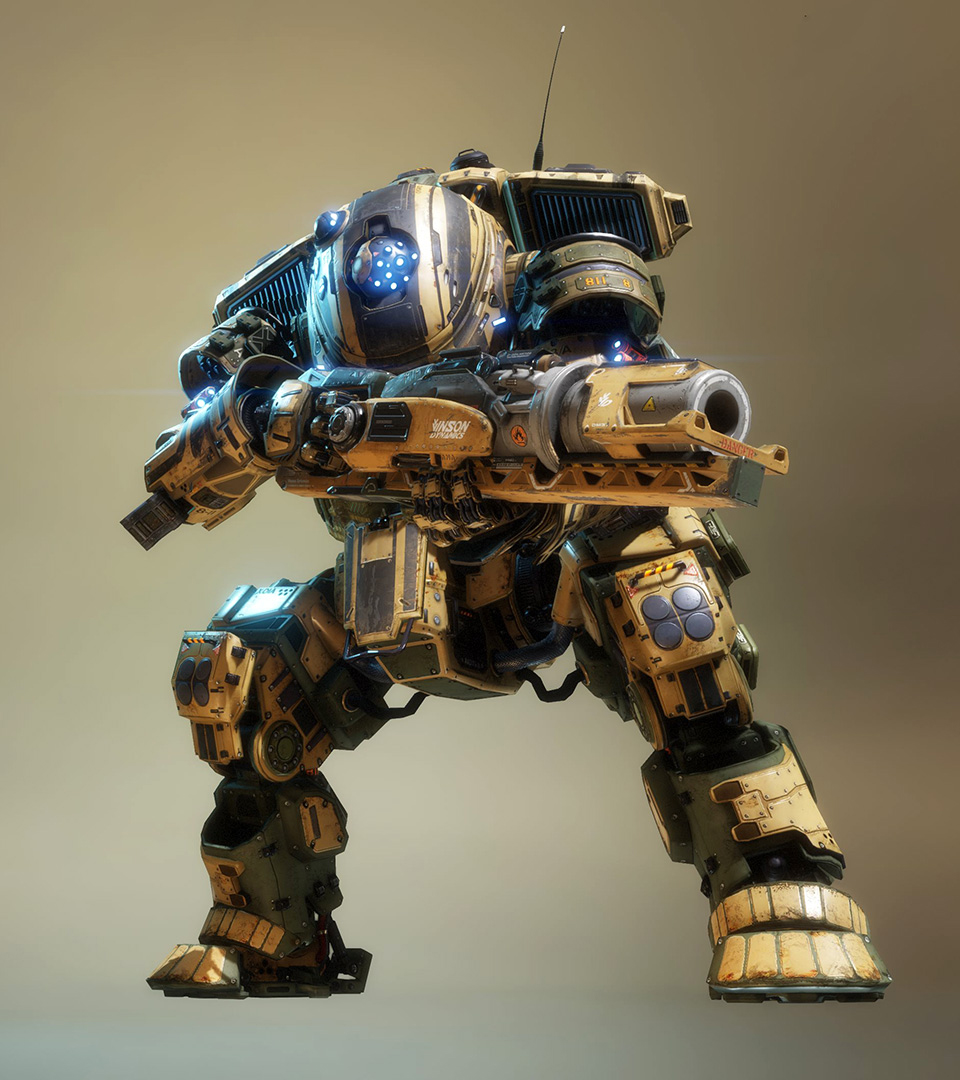 The T-203 Thermite Launcher is Scorch's weapon. This weapon launches fire grenades and it can only hold 1 fire grenade at a time. Scorch's weapon gives him 3 unique different abilities and a core ability. The first ability allows him to create a firewall. When Scorch uses this ability, he slams his arm into the ground, creating a line of fire to appear in front of him. The line of fire will stop when it hits anything solid. Another ability that Scorch has is the Incendiary Trap. When Scorch uses this ability, he throws out a flammable gas canister that can be lit on fire by Scorch's Thermite Launcher or his Firewall. The last ability that Scorch has is the Heat Sheild. The Heat Sheild melts all of the projectiles that is fired toward Scorch. If a pilot or a Titan runs to the Heat Sheild, the Heat Sheild will do massive damage to them. Scorch's Core, the flame core, allows him to create a huge wave of fire in front of him. His core ability can pass through some walls (not all). Using the flame core only affects the enemies on the floor. Not in the air. 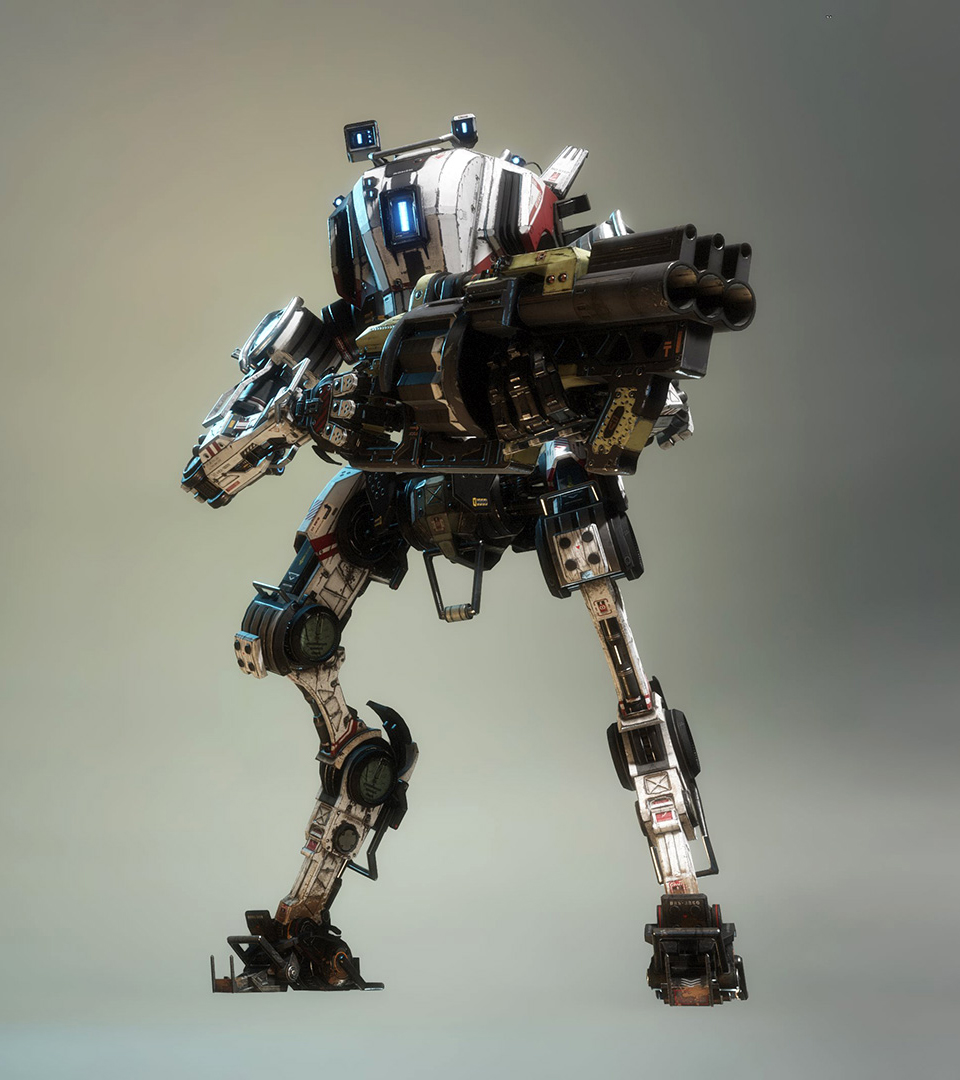 The Leadwall Shotgun is Ronin's weapon. This weapon shoots 3 shots at once and only holds 12 shots in it's magazines. The high reloading speed makes up for the small ammo capacity. This weapon has the option of making the bullets ricochet off of walls. This weapon is highly effective at close range, but almost useless at long range. The Leadwall Shotgun gives Ronin 3 different abilities and a core ability. The first ability is the Arc Wave. The arc wave is like Scorch's firewall, except with electricity. This ability only hits 1 target because it doesn't travel through targets. Arc Wave also can instantly destroy Tone's partical wall. Another ability that Ronin has is to Phase Dash. Phase dash teleports Ronin to an alternate dimension that is exaclty the same as the regular world, except with no enemies or allies. Ronin stays in that alternate dimension for a limited amount of time, and then teleports Ronin out of the alternate dimension. The last ability that Ronin has is Sword Block. When using Sword Block, Ronin blocks most of the projectiles fired at him with his sword, greatly reducing the damage. Unlike other abilities, this ability doesn't have a cooldown. The core that Ronin has is the Sword Core. The Sword Core replaces Ronin's gun with his Sword when used. This gives Ronin access to new sword attacks. The Sword Core also amplifies the Arc Wave and the Sword Block ability. 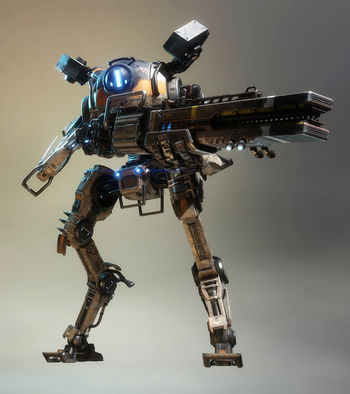 The Plasma Railgun is Northstar's weapon. This weapon is a plasma-based sniper. Once you zoom in with this weapon, it immediately starts charging up. A full charged shot can severely damage another Titan, while a shot that's not charged will barely damage a Titan. The Plasma Railgun gives Northstar 3 unique abilities and 1 core ability. One ability allows Northstar to shoot a Cluster Missile. A Cluster Missile is a missile that deploys a bunch of explosives on impact. The explosives detonate and last for a pretty long time. Another ability that Northstar has is the VTOL (Vertical Take-Off Hover) Hover. This ability allows Northstar to hover in the sky for a short time. The last ability is the Tether Trap. When Northstar uses this ability, she deploys 2 mines on the ground. When an enemy Titan walks over the Tether Traps, the Tether Traps will latch onto the enemy Titan, trapping it. Enemies can still destroy the Tether Traps and the Tether Traps will also disapear after a certain amount of time. Northstar's core ability is the Flight Core. The Flight Core allows Northstar to hover in the air and shoot endless missiles for a limited amount of time. 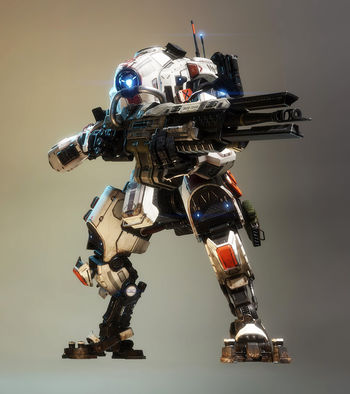 The 40mm Tracker Cannon is Tone's weapon. This weapon is semi-automatic at default and shoots explosive rounds. This weapon gives Tone 3 different abilities and 1 core ability. One ability that Tone has are the Tracking Rockets. For the Tracking Rockets to lock onto a Titan, Tone must fire 3 shots from the Tracker Cannon that either hit or are close to hitting the enemy Titan. After Tone has fired 3 shots that hit or are close to hitting the enemy Titan, Tone can fire 5 missiles that lock onto the enemy Titan. However, these missiles aren't that smart and can still run into walls. Another ability that Tone has is the Sonar Lock. When Tone uses the Sonar Lock, she launches a projectile onto the ground. Wehn the projectile hits the ground, it releases an orange pulse that reveals all of the enemies around you. It also grants Tone a partial lock on to the enemy Titans that were revealed by the Sonar Lock. The last ability that Tone has is the Particle Wall. The Particle Wall is a concave force feild that is set down on the ground. The Particle Wall allows projectiles to go through on 1 side and stops the projectiles on the other side. The maximum duration of this sheild is 8 seconds and enemy fire can decrease the duration of the sheild. Tone's core ability is the Salvo Core. When Tone uses the Salvo Core, Tone shoots 48 guided missiles. The missiles go wherever Tone looks at. 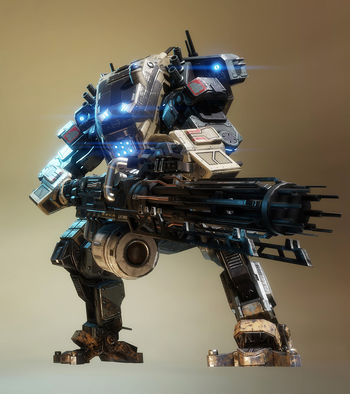 The Predator Cannon is the weapon that Legion weilds. This weapon is a rotary cannon. When firing the Predator Cannon, there is a short waiting time when Legion has to spin-up the cannon. When zooming in, it reduces that weapon's spread and makes it into a more concentrated fire. After the waiting for the cannon to be spun-up, the Prdator Cannon unleashes a massive amount of bullets. This weapon gives Legion 3 abilities and 1 core ability. The first ability is the Power shot. If this is used when the Predator Cannon is in short range mode, it will act as a shotgun. It will damage all Titans near Legion and instantly kill pilots. When this ability is sused when the Predator Cannon is in long range mode, it will act as a railgun. When fired, it will do massive amounts of damage to 1 target. Another ability that Legion has is the Mode Switch. When Legion uses this ability, it changes the gun's range between long range and short range. If you use the gun in long range mode, it will consume twice the amount of bullets. The last ability that Legion has is the gun sheild. When used, Legion will activate a Particle Wall that appears around the Predator Canon. The sheild only lasts for a short amount of time and disables you from meleeing and sprinting. Legion's core ability is the Smart Core. When the Smart Core is activated, Legion will automatically lock onto any target that he sees. The Smart Core also gives Legion unlimited ammo for the time that the core is activated. 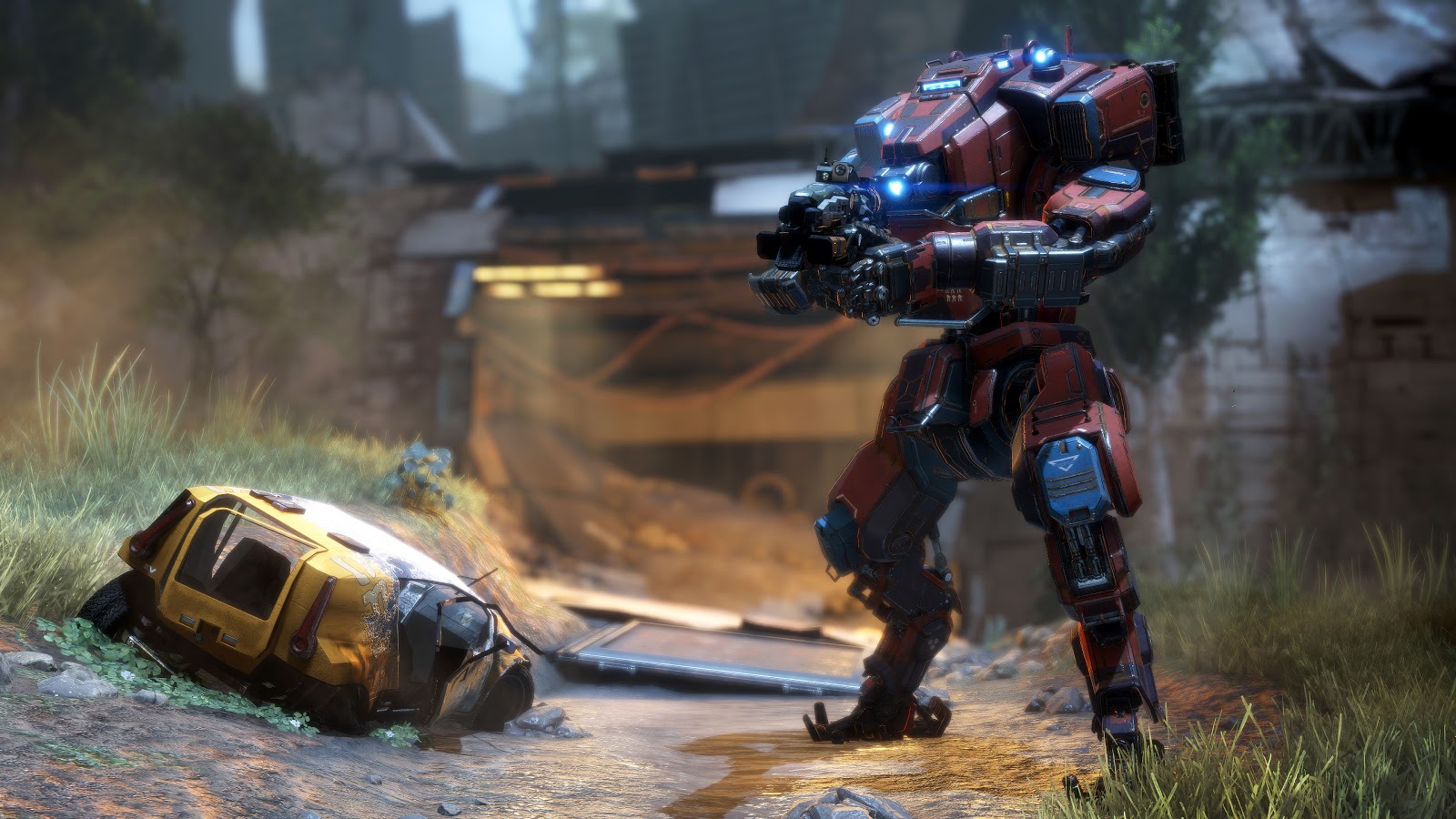